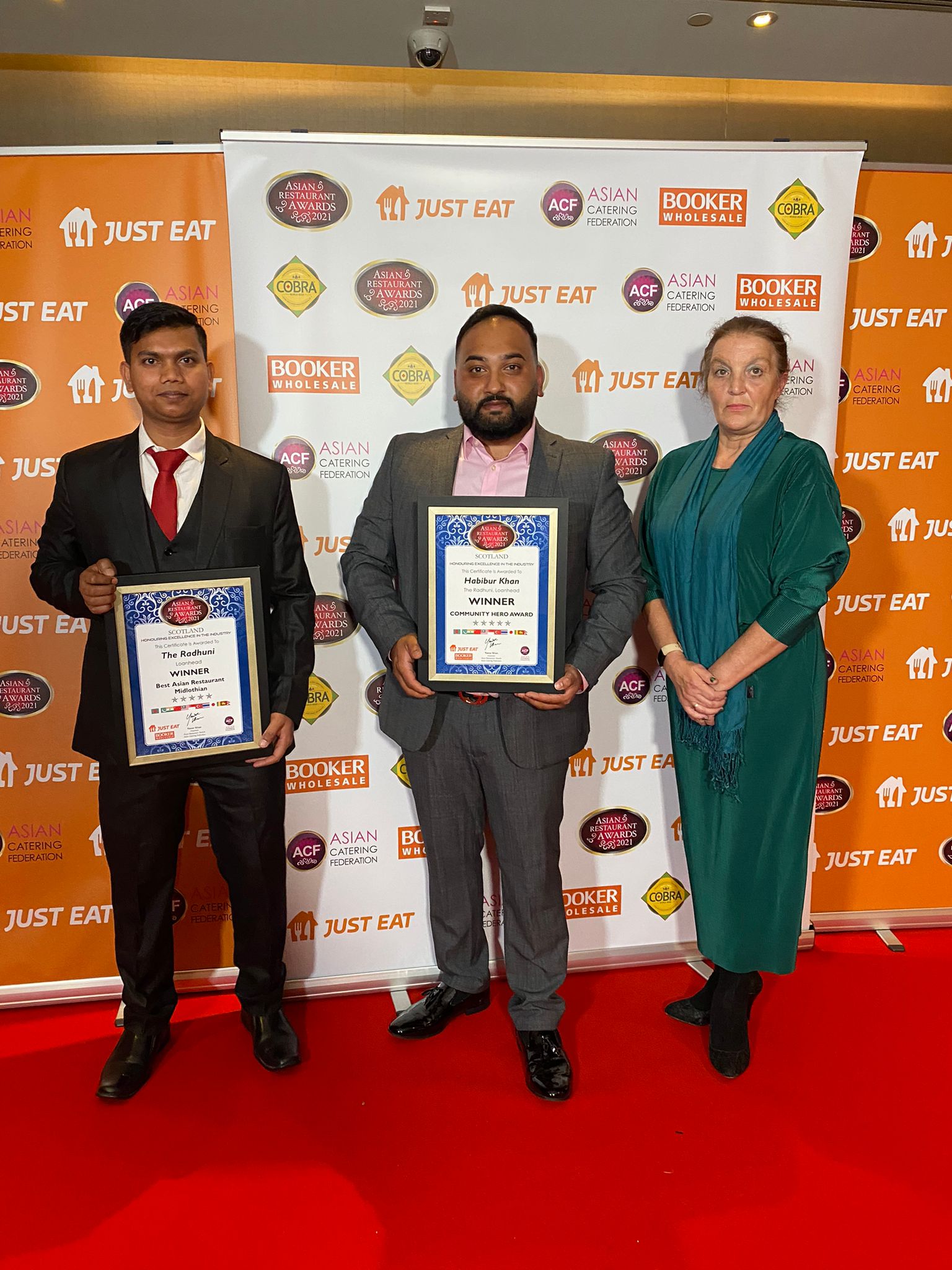 There were double celebrations for two Midlothian restaurants when they were voted joint winners of the best Asian eatery in the area.

Itihaas in Dalkeith and Radhuni in Loanhead – run by members of the same family – shared the title of Best Asian Restaurant in Midlothian at the Asian Restaurant Awards held at Edinburgh’s Sheraton Hotel on Monday night (20 September).

Father and son Matin and Habibur Khan were also both named regional Community Heroes for raising money for charity and providing free meals for front-line workers during the pandemic.

“I believe it’s unique for two restaurants to be declared joint winners in the same area in these awards,” said Habibur, Managing Partner of The Radhuni which is about to mark its 10th anniversary. “The judges said they couldn’t separate us because their culinary excellence and customer service were equally exceptional.”

Itihaas and Radhuni have been strong supporters of local community organisations, including sponsoring football clubs and youth groups.

The Asian Restaurant Awards “recognise sumptuous creativity from all those who are continuing to respond to the pandemic and run successful businesses in the hospitality industry.”